PX in stalemate due to low margins against supply increase

The fluctuation range of PX price has become narrower since Aug, except for in the period after the strike on Saudi Arabia’s oil facility when PX price was volatile. The gap between buying and selling intentions has become more obviously, and the discussing sentiment more tepid with no deal heard for five consecutive trading days.

The market is in a stalemate. On the one hand, PX margins have been squeezed, which lends support, while on the other hand, PX supply is expected to increase, which brings pressure. 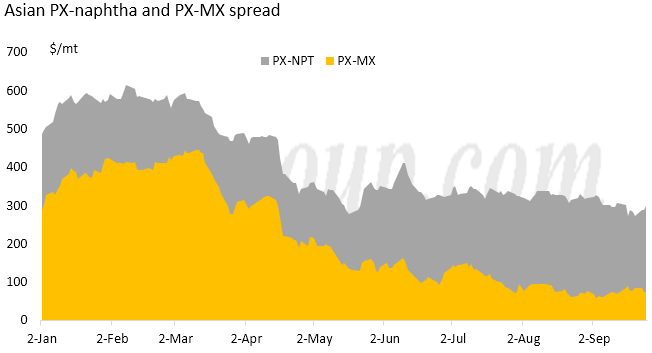