The 3rd survey conducted by Clothing Manufacturers Association of India (CMAI) amongst its members indicates a disastrous first quarter for the domestic garment industry with 74 per cent respondents showing 90 per cent drop in sales. The second quarter projections are no better as 95 per cent respondents expect operating at less than 50 per cent of capacity. 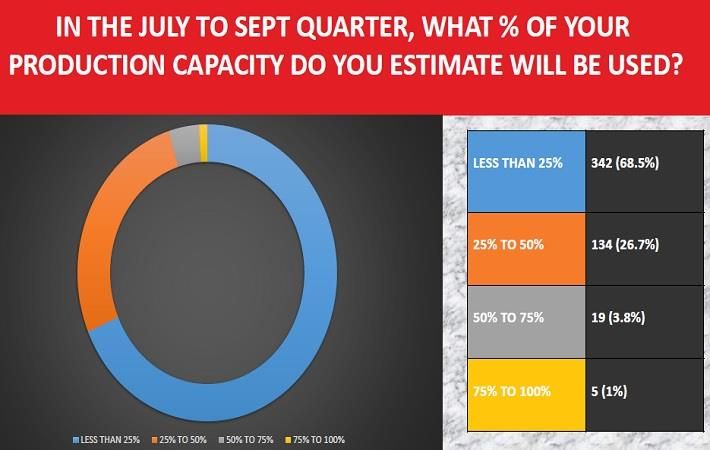 In the first quarter of 2020-21 ending June 30, the domestic garment industry saw a more than 75 per cent drop in their revenues, the survey indicated.

For the July-September quarter, as many as 68 per cent of the respondents anticipate using less than 25 per cent of their production capacities in the next three months, CMAI said in its survey results.