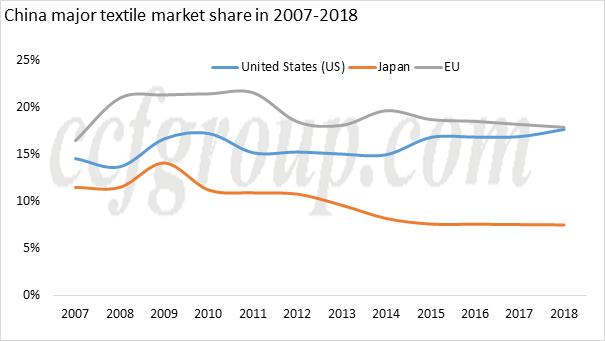 As to US textile product structure, US mainly imported apparel, and the proportion of textiles was low mainly due to high labor cost, low-end textile production and apparel processing transferring to other countries such as Asia. However, it did not mean the decline in US textile industry. The United States had great competitive advantages in high-end and high-tech specialty yarns, high-end fabrics, industrial textiles and high value-added self-brand apparel industry. 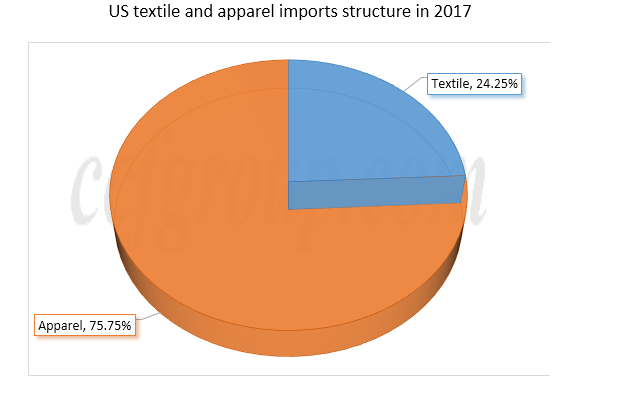 Nowadays, Sino-US trade friction escalated. As for proportion of trade amount and trade surplus contribution, textiles and apparel may become one of chips for US to hinder China. According to HS-code heading classification standard, top five industries in China exports to US in 2018 were mechanical and electrical products, furniture, toys, miscellaneous products, textiles and raw materials, base metals and products, plastics and rubber. Textiles and raw materials export amount to US was about $40.5 billion USD, accounting for 7.5% of China exports to US, up by 3.9% year-on-year. It was also the third largest contribution of China to US export trade. That is to say, once list of tariffs on $325 billion USD worth of China imports is officially launched, textile industry may become one of victims of Sino-US trade war in terms of importance in Sino-US export trade.