In terms of cost side, the increase of tariff actually enlarged export cost. However, from the chart below, it can be seen that the exchange rate of offshore renmibi to US dollar depreciated about 12% from 6.24 in Feb 2018 to nearly 7. The large depreciation of renminbi apparently offset the negative impacts caused by tariff increase, so the actual influence on cost was limited. In addition, Chinese government introduced related policies to support the export, further reducing the impacts brought by additional tariff. In May 2019, renminbi plunged as soon as the news about raising tariffs released, which was very similar to that in 2018. Therefore, the operation on exchange rate is likely to revive. 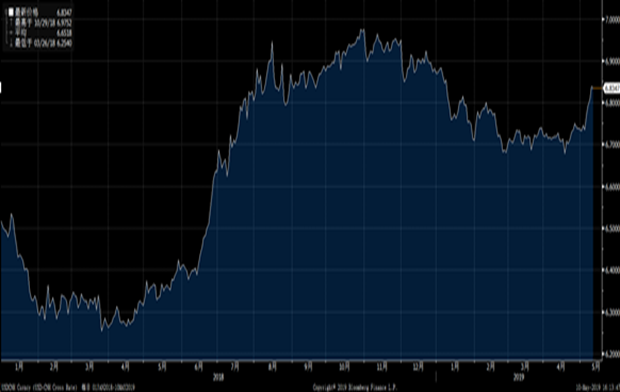 It is also noteworthy that the exports are generally transferred to surrounding countries, which can also spread risks of trade decline to some extent.

So if the impacts brought by trade war are not large, how to explain the expectation of later export decline? 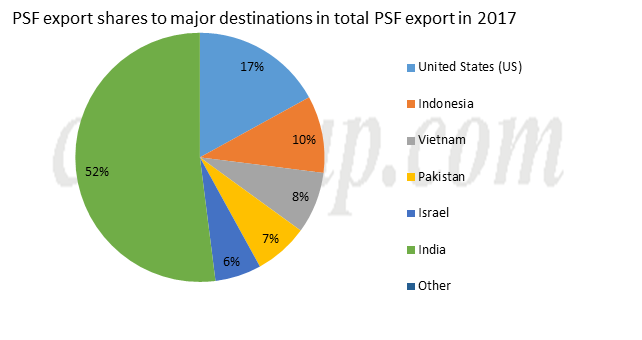 PSF price fluctuated largely year to date and overall fall is seen, leading to rapid decrease of FOB prices under USD. The uncertainties of PSF price result in more cautious operation of foreign trader and make them control trading volume more strictly. Besides, the reduction of VAT rate from 16% to 13% as of Apr 1 also led to quick rise of export cost. Many traders rushed to process orders in Mar before the implementation of VAT rate adjustment and thus export volume in Mar improved significantly. But it mainly benefited from the orders placed in advance. As a result, the decline of export data later may be not only caused by trade war.

In long run, the slide of export is inevitable, but it will be mainly due to the PSF industry itself and fall of demand instead of trade war. Therefore, rational attitude to trade war is needed. The influence on mood is much more than that in fact.