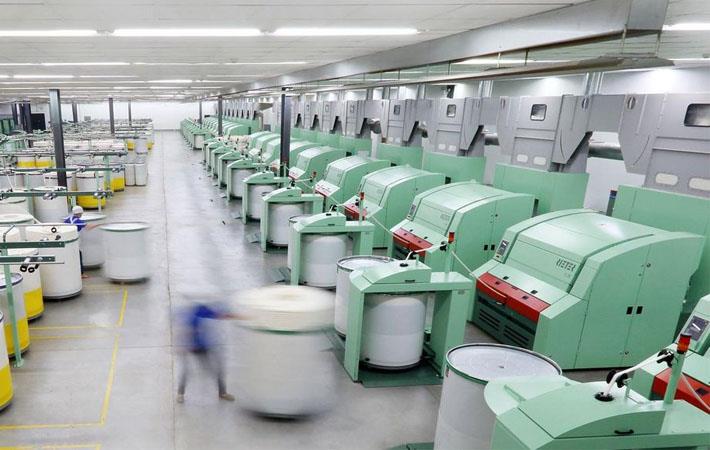 In the Asian countries excluding China, India and Turkey, Rieter increased sales in the reporting year by 36 per cent to CHF 433.9 million, of which Uzbekistan contributed CHF 144.1 million. In 2018, sales in China fell by 19 per cent to CHF 148.6 million. With the phasing out of the subsidy programme in the western province of Xinjiang, the demand for machinery declined. Sales in India fell by 16 per cent to CHF 146.2 million. In Turkey, Rieter has achieved sales of CHF 154.8 million in a difficult market environment, due to the introduction of the new ring and compact spinning machines. Sales in North and South America amounted to CHF 108.6 million

In the Europe region, Rieter increased sales 3 per cent to CHF 47.3 million. Sales in the Africa region amounted to CHF 35.8 million.

The Machines & Systems business group has posted an order intake of CHF 468.3 million, a reduction of 30 per cent compared to the previous year. Demand in the new machinery business was characterised by uncertainties in Asia and Turkey as well as the tense financing situation for emerging market customers. Both factors had a negative impact on the investment sentiment in the spinning industry. This was especially evident in the fourth quarter of 2018, which with an order intake of CHF 34.9 million was very weak in all regions.

In the Components segment, order intake was CHF 260.1 million, around 14 per cent above the previous year. Due to weaker macroeconomic conditions, order intake in the fourth quarter of 2018 amounted to CHF 55.0 million which was lower than in the previous quarters. This decline can be attributed to a low propensity for investments by customers.

With an order intake of CHF 140.4 million, the After Sales segment has recorded a year-on-year decline of 9 per cent. Order intake of CHF 29.1 million in the fourth quarter of 2018 was lower than in the previous quarters. This is due in particular to the lower order intake for installation services for new Rieter machines.