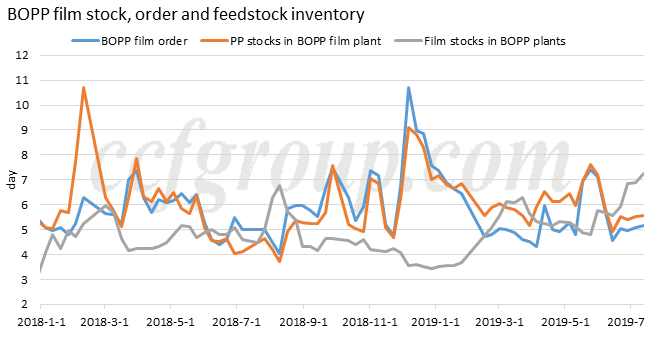 As for downstream BOPP film, its price had been uplifted, but the profit did not improve. At the same time, orders for film had reduced, and only small lot deals were reached in traditional slack season. Other plants maintained high offers but orders were limited. There were more temporary shutdown. As feedstock cost kept rising, film plants were actively following up and offers were mixed. In the past two week, most plants only sold around 20-40% of their stocks, and the overall inventory was building up.

This round of increase in PP market has been triggered by positive news from macro side, and has been supported mainly by speculative demand. But downstream stocks have been piled up and could not follow up PP. The risks have been accumulating in the market.