US cotton above flat good and excellent rate

In terms of weather, according to USDA’s drought degree and coverage rate, the weather is normal in major producing regions (the production accounts for about 89.7% of the total). In early planting period, the drought degree and coverage rate was similar with the level in 2016, and later, during the late planting period and growing development, the rate was better than that in 2015. The field was relatively moisture. Then during the bolls opening period, the moisture tended to be dried, which was favorable for the growing. 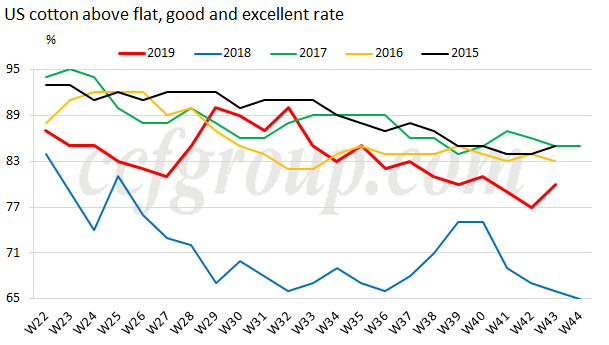